MIT 3D Prints Glass!!! How they might have done it.

I've been approached by quite a few people about the incredible work of Neri Oxman's Mediated Matters group at MIT's. They've developed a way to 3D print superheated glass using what appears to be a high temperature kiln mounted on a moving extruder platform. Here's a link to the story!

So how might they have accomplished this feat? Not to reveal all their secrets, but it may have been done with some commonly available hardware including a Microwave Oven and a Hobby Glass Fusing Kiln! Microwave ovens utilise an interesting device called a Magnetron to create tuned radio waves that excite water molecules producing heat within foods. This energy can also be focused inside of Hobby Kilns, allowing craftspeople to make fused glass beads, pendants and earings, among other things.

Kilns are composed of refractory sands, high temperature glue and a material called a Susceptor

which absorbs electromagnetic energy. By mounting a kiln inside of an microwave oven with the top and bottom of the oven removed, it would be possible to continuously saturate the chamber with microwaves, heating the glass. A hole in the base of the kiln would allow molten silicate to flow from the kiln like a print head. Simlply move this extruder assembly around in a pattern, or move the build-plate and you can 3d print glass.

How could this technology be used elsewhere? How about lunar construction? Microwaves or Radiowaves are common in spaces and would literally kill all life on Earth if not for it's protective magnetic field. If we were to build a kiln on the moon or in orbit with Susceptor material on the inside, it's possible that we could generate similar concentrated glass fusing effects. Lunar soils (alumina silicates) and even mined asteroid metals could be fused into buildings and structures using this process. But potentially more valuable is the possiblity of using this process to fuse carbon into carbon fiber in orbit.

This illustrations shows the process of fusing PAN fibers into Carbon Fibers. A similar process can be achieved using organically derived celluslostic fibers, from plants like Bamboo, Hemp and some long grasses. We could grow these materials in large orbital grow boxes, similar to those being used to produce high volume agriculture here on Earth and combine it with Nanocellulose, also derived from grown plant materials. This mix could then be carbonized using a process similar to Oximan's MIT group's, resulting in long carbon fibers for use in orbital and lunar construction. The best part of this process would be that the energy needed to achieve these high temperatures would be free, collected from the background radiation of the universe.

We might even find ways someday to collect and redirect this abundant radio energy as a propulsion source, helping us fly between planets and possibly even stars!

I should work for Intel!

AP&C, a producer of spherical metal powders for metal additive manufacturing, has opened a manuf 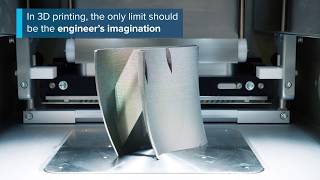 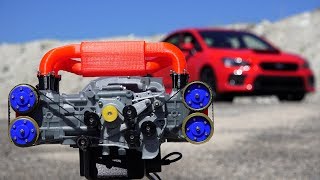 Proto Labs (NYSE:PRLB) has announced record revenues for the second quarter of 2017